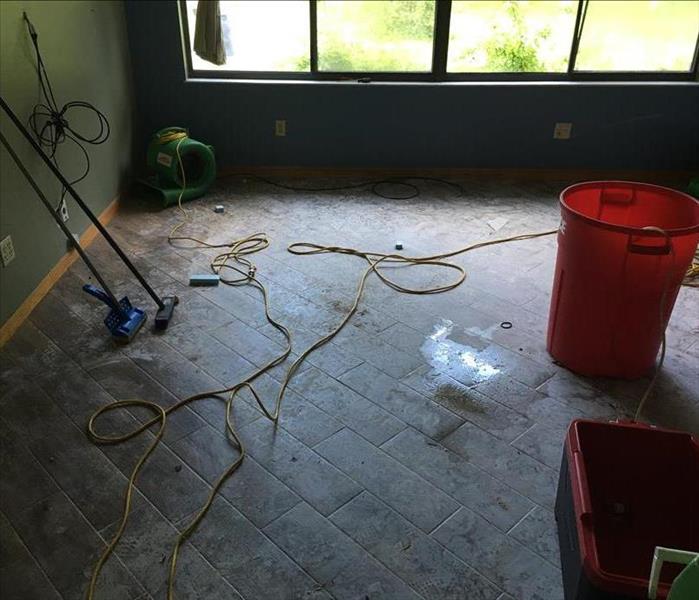 Over the weekend- there were major thunder storms in the central Florida area including here in Cocoa.  SERVPRO of Central Breavard responded to a home who had major water intrustion which came from the incomplete roof which was being replaced-

Only after the rain had stopped and the roofers had tarped were we able to being getting the home dried out.  All but one room was affected and plus the electricity had been turned off, so we had to bring in a generator in order for us to run the drying equipment.

We had to box many contents and move some to the dry room while other items were stored in pod.

Unfortunately due to the amount of damage the family will have to be relocated until the water mitigation process can be completed and rebuilding finished.