Merritt Island: An Area Rich in Old and Modern Legacies 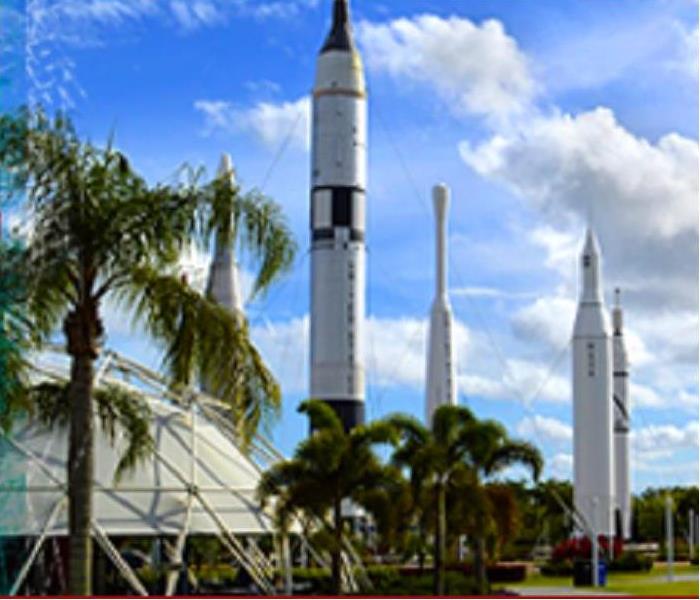 It's rocket science! SERVPRO is your trusted choice for storm damage remediation.

Part of Merritt Island's Charm is its Unique Heritage

The story of Merritt Island is long and extends back into prehistory.  The first inhabitants of the area were likely American Indian tribes that primarily survived by small game hunting, fishing, and foraging.  These hunter-gatherers solely enjoyed the local environment until the Spanish arrived in Florida in 1513.  Through the progressing years, the Native American population waned as their Spanish interactions increased via shipwrecks, trade, and colonial settlement.  The end of the colonial years that followed transformed the region into one based on plantation agriculture dedicated to sugarcane, pineapple, and orange production.  In more recent years, the Merritt Island area has developed into a mecca for sun worshippers, retirees, and astronautical innovators.

Although not conclusively proven, the Merritt Island environs were, perhaps, first used by Paleo-Indians as far back as 12,000 years ago.  These early natives likely lived alongside and hunted massive beasts like:

Also, there is even evidence to suggest that the extinction of these animals was at least partially due to the vigorous hunting efforts of Native Americans.  These early Central Florida residents' presence is made apparent by their hunting efforts and the various burial mounds, weapons, pottery, and other artifacts they left behind throughout the area.

Over the period between 10,000 and 2,000 B.C., the region that eventually became known as the "Space Coast" drastically changed due to overhunting, glacial melt, and the resulting rising sea levels.  Native hunting habits were also modified as mass extinctions of various animal species occurred.  Simultaneously, sea levels rose and created the barrier islands and lagoons present today.  Eventually, the different Native American groups occupying the Merritt Island area consolidated and formed what later became known as the Ais tribe.

Until 1513, the Ais controlled much of the peninsula on which present-day Merritt Island is situated.  In this fateful year, near Cape Canaveral, the Spanish explorer Juan Ponce de Leon first made contact with the local Indians.  Later, in 1605, adventurer Alvaro Mexia surveyed and mapped land on the peninsula given by the King of Spain to a nobleman named "Merritt." In the following decades, the Ais and other local tribes living on and around this land grant were decimated by several hardships, including:

These troubles took a toll on the Natives of Merritt Island and the rest of Florida. By the 1700s, few of these original inhabitants remained.

Excepting the brief twenty-year period between 1763 and 1783, Florida remained in Spanish hands from 1513 until 1821.  Established in 1565 by the Spanish, St. Augustine became the first permanent European settlement in North America.  It was located a mere hundred miles to the north of Merritt Island.  On the peninsula itself, at least one major agricultural enterprise took shape.  The settling occurred between 1767 and 1779 when London merchant William Elliott established his sugar plantation, mill, and rum distillery in the northern part of the peninsula during the British rule.

The Birth of the Indian River Citrus Industry

A second significant agricultural endeavor occurred in the early 1800s, just after Florida officially became part of the United States in 1821.  In the late 1820s, the farming innovator Douglas Dummitt experimented with some native citrus groves on Merritt Island and planted additional ones.  Dummitt eventually developed new grafting techniques that enabled him to grow sweet orange varieties better.  He shipped his first fruit from the region in 1828. From that point on, his business developed into a robust enterprise.  His operation survived both freezes and the Second Seminole War.  Dummitt was so instrumental in developing and preserving the region's citrus-growing heritage that he has been called the "Father of the Indian River Citrus Industry."

Numerous internal improvements have enhanced modern Merritt Island.  Over the past few decades, its communities have been defined by their proximity to the Kennedy Space Center and Cape Canaveral Air Force Station.  Additionally, current residents have benefitted from the following nearby recreational resources:

However, while there are numerous benefits to living in our area, there are also some risks. SERVPRO of Central Brevard would like to remind you of the potential for hurricane-related flooding.  Also, know that we are always here to help you overcome flood damage.  Call us anytime at (321) 638-4947.

How Does SERVPRO Remediate Flood Damage?

Unlike clean water-related issues, flood damage is much more challenging to clean up.  It, therefore, takes professional expertise and specialized gear to properly remediate.  At SERVPRO, our technicians employ the following techniques and equipment to return your residence to its pre-flood state effectively:

SERVPRO's highly skilled professionals work to clean and restore your home using these time-tested and systematic ways.  Using only the industry's most advanced equipment available today, we can often remediate flood damage more quickly and effectively than most other local services.  In the long run, all this serves to save you both time and money.

So, if one of coastal Florida's notoriously powerful storms ever affect you, remember that SERVPRO of Central Brevard is always here to help.  Call us anytime at (321) 638-4947 for flood damage cleanup and repair.